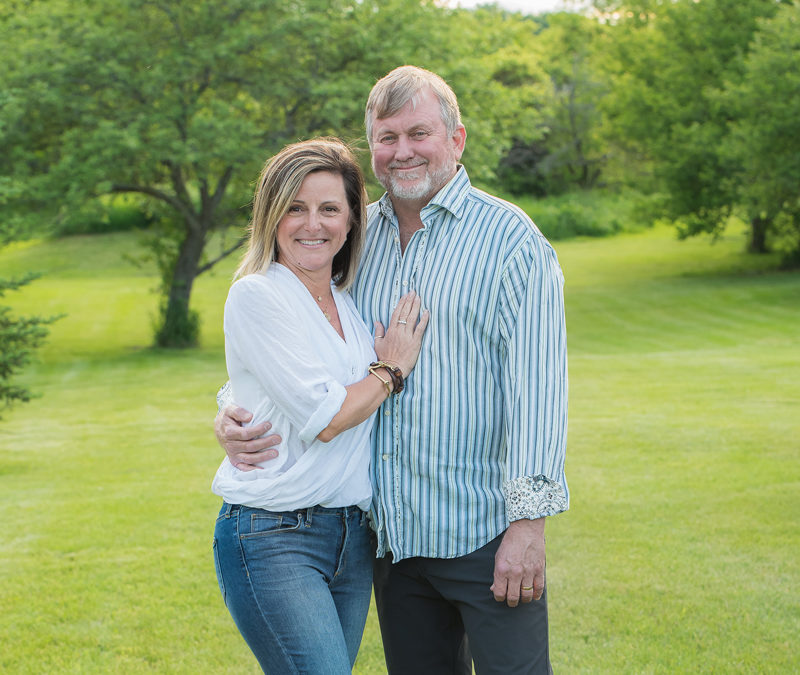 This is a very personal journal entry. I teach that the next stage of human evolution (Epoch 6) discloses a highly interconnected world experienced beyond the linear unfolding of time. When the Higher Brain is engaged and the higher heart is open, the universe appears to conspire for you in ways that defy randomness or chance. I am often asked to describe how synchronicity plays out in one’s life.

Below is an email I sent to a handful of close friends over a dozen years ago. It describes one such personal synchronistic process. ‘Laura’ is now my wife and partner in this unfolding Kosmic journey. I am convinced that ‘synchronicity’ is simply how the world works when a new consciousness discloses a new reality.

About 2 and 1/2 months ago I met someone named Laura. She is a best friend to the wife of a good friend of mine, David (whom I now live with). Laura lives in Milwaukee and came to Kansas City 2 and 1/2 months ago at the urging of her best friend. She visited KC to get to know her friend’s new husband (my friend) and go to the KC Chiefs home opener with several of us. So she came… At the time Laura had a boyfriend and I had a girlfriend. When we met on Friday there was some sort of connection. By the next day it was overwhelming… I was feeling something about her I had never really experienced in anyone else. Laura left KC Sunday night and we agreed to see each other again and within a few days my ‘girlfriend’ was out of the picture and Laura broke up with her boyfriend.

Laura and I have now been together for three-day weekends every other weekend for the last 2 and a 1/2 months. It has been amazing new territory…the experience for both of us was quite cosmic. We had this sense from early on that we had known each other a long time…it came up in almost every conversation we had. “We have done this before”…“something about this is very old”…“ I have known you before.” All kinds of synchronous events were showing up for us, that could still be wrote off as coincidence, but were strange. Laura would fly back to Milwaukee sad and call me as she was leaving the airport and see a man walking yellow labs (like her dog) and wearing a Kansas City Chiefs shirt…in Milwaukee. Ok so the point is we were very connected and it seemed to defy the length of time we had been together.

Here is where the story gets weird…
Last weekend Laura was in KC visiting me. Saturday night we were walking back from our night out and we were having our usual conversation… “I have known you prior to when we met”…“we have done all this before.” Then our conversation turned into trying to figure out the time span between when we first met and the second time that we were together. We both remembered that on that second tryst I went to Wisconsin for the weekend to see her. The exact date of that trip wasn’t clear in my mind because I was not supposed to have seen her until our schedules permitted later. However something changed in our schedules and it worked out last minute for me to go visit her earlier than planned.

There always seemed to be some kind of time warp thing with us. I thought I had seen her two weeks after our first encounter and she thought it had been four. So we spent the walk home disusing our different opinions on when we had seen each other for the ‘second time’. We got back to the hotel, and after a few minutes she pulls out her planner thinking the date in question was written in it, but it wasn’t…

We are both looking at the calendar in Laura’s planner when she finally points to a date and says it was this date… I say it cannot be that date (Oct. 21st) because that is 6 weeks after we first met, and I don’t think we were apart for that long. Laura says I know it was that date (Oct 21st). By then the date hits me and I realize it was the anniversary date of me and my first wife’s…it would have been 10 years on that date (Oct 21st) that I would have been married to my ex-wife. It felt kind of strange with Laura now pointing to the date of my wedding to another woman nearly a decade ago, and I said to Laura, “ Why do you think it was that date?”

Laura hesitates and says I remember because that date was my anniversary… I can only say, in this moment, from all leading up to it, it was eerie… I said, “How long would it have been for you?” and she answers, “10 years!” I said, “Me also.” By now we are freaked. Laura asks how many people were in my wedding party. I told her my only sibling (brother) and three groomsman. Laura tells me she had her only sibling (sister) and three bridesmaids. Laura then walks over to a piece of paper, writes something on it and lays it face down and asks, “What time did you get married? Was it in the morning?” I told her no, I thought it was 2pm. She turns her paper over and it says 2pm! She walks to the bed and asks what color the bridesmaid dresses were. She writes something on the paper and lays it down. I thought for a moment and told her I thought they were purple. She turns the paper over…it says purple. By now we both have tears running down our faces and are totally freaking out. I asked, “When did he propose?” She thinks for a moment and says, “Christmas day, 1992.” I said, “Me too, I proposed to my ex-wife Christmas day 1992!” …Laura says, “We married the wrong people nearly ten years ago.”

Then we realized that the two people who introduced us—her friend that brought her to KC and my friend that I was living with in KC—unbeknownst to everyone, were both standing up in those previous weddings on that October 21st date. Ten years later they had brought us together.

That began a love story nearly 13 years ago. Synchronicity. Expect it.