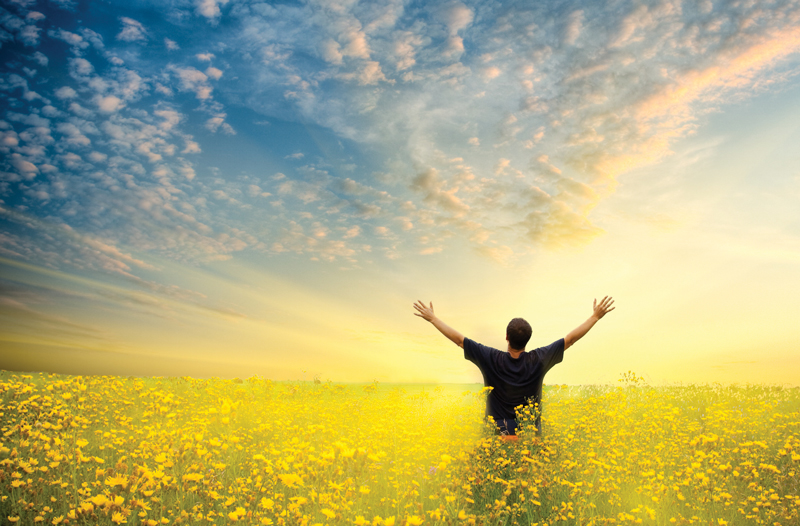 As stated in the previous journal entry, the awakening of the Transcendent Self has historically been considered to be the recognition of a timeless eternal consciousness. The experience of this eternal consciousness (Transcendent Self) leads to a liberation from suffering in the manifest existence – pure emptiness, pure peace, unborn and undying, untouched by the world.

The Unitary State leads to an enchantment of the world and a felt sense of unconditional love. The mundane becomes mysterious and compelling. Life becomes revelation. There is little need for conspiracy theories or chasing UFOs to escape the ordinary, for the ordinary has been revealed to be the mystery of all mysteries; the fact that anything exists at all is felt as a miracle. Your very existence is just as improbable as any alien spaceship. You watch the world arise in divine perfection, simultaneously free and yet lacking nothing. Your heart beats as the world heart.

The Physiology of the Unitary State

Subtle energy pathways in the body become increasingly more refined and efficient at carrying energy to the brain. There is an increase in metabolism of higher centers of the brain with gamma waves in coherence across the entire brain and a full heart opening.

Recent discoveries have shown that your heart is also a brain! The human heart has historically been associated with love and compassion and is now known to be a center of neurological tissue. This Higher Heart physiology is not associated with transcendence. It instead correlates with imminence, grounding and embodiment. Agape or ‘love’ is the domain of the Higher Heart – and much of this advanced heart physiology is dormant potential, like the slumbering Higher Brain.

In advanced Buddhist practice the Bodhisattva vow goes beyond enlightenment into the Higher Heart. Enlightenment is freedom, but the Bodhisattva cannot rest until all sentient beings are free. This perspective of unconditional love and compassion is heart-based. ‘Heart’ is not just a metaphor, but a powerful physiological structure that transcends the pumping of blood to the body. Just as we have discovered much more potential in the human brain, we are also recognizing higher potential in the human heart.

The Energy of the Unitary State

Causal/Unitary Energy: The Unitary State is supported by the causal/unitary body of energy. This potentially infinite energy field forms the substance that flows through the body and energy pathways when experiencing Unitary Enlightenment.

The experience of Unitary Enlightenment provides greater access to this infinite field of energy. As you progress through SCM + The 9 Summits Of Transformation, the subtle energy vortexes that you have been engaging become more open. As this opening occurs, they become more exquisitely available for this causal/unitary energy to pour itself into the subtle energy vortexes and through the pathways. During Unitary Enlightenment you become a receiver for this source energy that furthers your awakening.