The Next Stage of Human Evolution 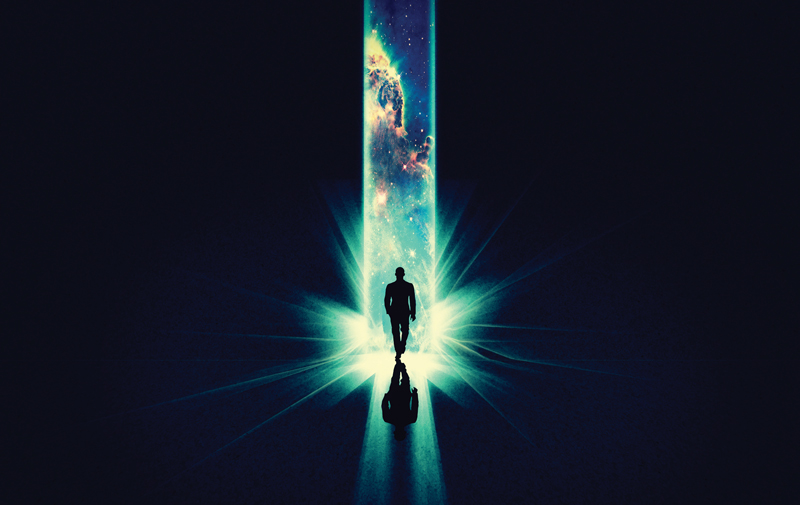 EPOCH 6 – THE RISE OF THE NEW HUMAN

The first sign of light from the new dawn is now appearing on the horizon as the early waves of cultural creativeness are cutting a path into the unknown territory of Epoch 6. A variety of developmental researchers are starting to note a small percentage of people experiencing the world in a new way. The Harvard developmental psychologist Dr. Suzanne Cook-Grueter has found through her research that becoming aware of how reality is constructed is a hallmark of this emerging new stage. This new Life Altitude leads to the awareness that we are part of the creative process of reality, and that reality is moldable.

You see reality as systemically and holistically linked together and context-dependent. A certain merging of mind-stuff and matter co-creates reality. The world is interconnected and interdependent, not a collection of isolated parts bumping into each other. Spiral Dynamics (and Dr. Clare Graves who provided the base research that spiral dynamics was built upon) considers this next Life Altitude to be ‘second tier’ and states that it is a greater leap forward than the combination of all of the previous Life Altitudes combined. The magnitude of the seismic shift into the Epoch 6 Life Altitude is in part due to the fact that, for the first time in history, a consciousness has emerged that can see, understand and honor the 13.8 billion years of evolution and the entire hundred thousand year history of human cultural and consciousness evolution.

Your ‘relative self’ is the part of you that you navigate in this world of space and time with, as contrasted to your Transcendent Self, which is eternal and free of space and time. As your relative self begins to evolve towards Epoch 6, I refer to the relative self as the ‘Authentic Self’. We could say at earlier Life Altitudes, this same relative self is what is commonly called the ‘ego’, but as the ego self-actualizes into Epoch 6 it becomes the Authentic Self and starts to recognize its vertical directionality and importance to the evolutionary process.

The Authentic Self’s drive is to self-actualize, to move vertically. To not just translate better and become more healthy and happier wherever you are, but to transform vertically into a new world view. The new territory that it seeks is Epoch 6. Epoch 6 reaches down with love and compassion and re-captures Epochs 0, 1, 2, 3, 4 and 5 into its being. When the entire spiral of development is transcended and included in this next emergence, the whole becomes much greater than the sum of its parts. The Authentic Self strives to create a world where everyone can exist and feel meaningful wherever they happen to be—as long as it is healthy—at any point in their evolution. Epoch 6 is the first truly all-encompassing, all-embracing level of development.

An architect of Epoch 6 knows itself as a ‘Holon’ (to borrow a term from Arthur Koestler), a complete, autonomous, evolving being and yet simultaneously a part of a greater whole. It also knows the power of its presence and intention to create change in those around it, and in fact those distant to it. You don’t end at your skin and your thoughts don’t stay inside your head—your heart and brain energy become entangled with those around you. You have a Kosmic (I use the term Kosmic with a ‘K’ as the ancient Greeks did, to refer to all of both inner and outer reality, not just the outer reality commonly expressed as Cosmos) responsibility to SHOW UP in integrity. What you are ‘transmitting’ drives the evolutionary impulse.

Disillusioned with the superficiality of much of the spirituality of Epoch 5, the Authentic Self seeks deep and genuine spirituality. SCM and the 9 Summits of Transformation are designed to provide this spiritual depth as the journey into new territory ensues. The vertically arranged Epoch 6 altitude of consciousness can become the scaffolding for the direct experience of the enlightenment states we read about earlier. These enlightenment states can now be interpreted and acted from in a new, deeper, and more meaningful way. In Epoch 6 the Authentic Self integrates the Soul State as permanent trait while gaining greater access to peak State experiences of transcendence and unity.

The Authentic Self becomes the vehicle of the soul’s journey in the world of space and time and matter and manifestation, and your soul is enriched by that journey. Knowing deeply its soul and having glimpsed absolute freedom in the transcendent state, existential fear it knows not. This allows the heart to open for the entire world.

Since Higher Consciousness/Higher Heart/Higher Brain arise as one irreducible but connected dynamic, there is a unique signature of brain/heart/physiology/function, which correlates with the consciousness and culture of Epoch 6. As the Higher Brain awakens and establishes the full shift out of survival mode and into a new way to thrive, that other brain center—‘the heart’, confirmed by neuroscience to be neurologically rich—opens. The opening of Higher Brain and Higher Heart become more permanent traits than the temporary state experience of earlier openings corresponding to Unitary Enlightenment. This allows greater synchronization of the Higher Brain, Higher Heart dynamic. Over time the powerful resonant pull of these two powerful and integrated biological structures begins to reconfigure all of the evolutionary brain layers into an emergent whole, prepping the way for Epoch 6.

Those of us on the path to free our brains from outmoded and primitive survival mechanisms, who are now uploading energy into Higher Brain structures and consciously evolving, will be the creators of this new culture—the Architects of Epoch 6.

There are two separate phases within Epoch 6: Epoch 6 Emergence and Epoch 6 Ascension. Due to the evolutionary perspective of Epoch 6, when a significant minority enters into this new Life Altitude and starts living it, the rate of evolution will accelerate and we will start to experience a rapid vertical accent. For that reason, even though Epoch 6 is shown to have two phases that highlight early and late development, we really need to consider the two phases (Epoch 6 Emergence and Epoch 6 Ascension) as one potential dynamic, as the rapid vertical movement at this level of development is more ‘process’ than actually stabilizing at any Life Altitude.

Next week you will learn the “11 Signs That You Are Moving Into Early Epoch 6” — Stay tuned!