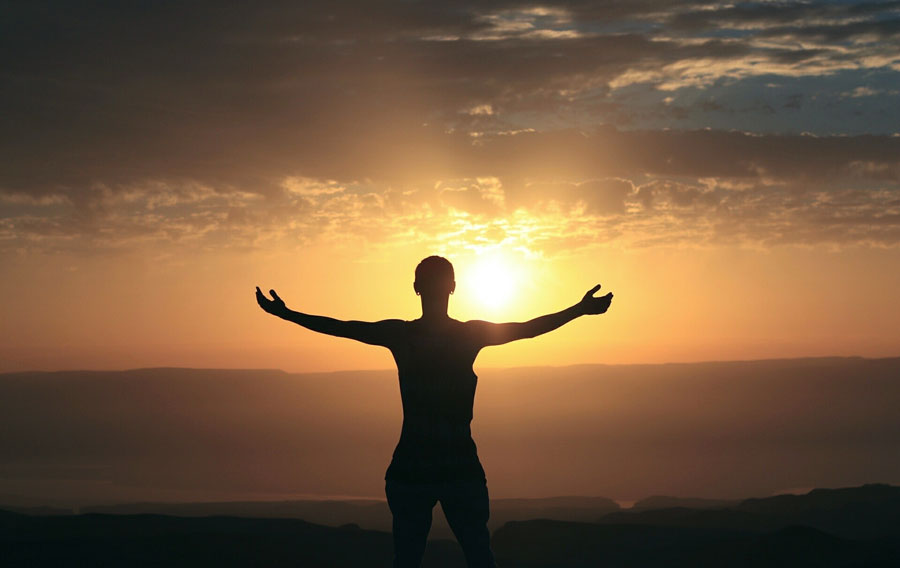 “As far as an EEG goes, a recording is considered valid for a year, meaning it shouldn’t change much. But what I’ve found is that the EEG changes significantly within 20 minutes of the first Higher Brain Living® session.”
— ALISON OOMS M.S., Director of Source Code Meditation Research

The human brain is like a rushing river of potential. Until now, that river has been blocked, barricaded and diverted by the primitive lower brain. This lower brain diversion hijacks our ability to experience deeper flow and higher transcendent states of consciousness. It also guards against the full expression of the passionate human heart. Source Code Meditation (SCM) is effortlessly rerouting that lower brain diversion—setting humanity free.

As valuable as traditional meditation techniques can be, they have very real limitations. Most meditation techniques attempt to use the mind to change the mind. This is like asking the fox to guard the hen house. Traditional meditation techniques, given enough time and with enough cultivated awareness or intense focus, may lead to significant metabolic bursts in the physical Higher Brain. These brain awakenings are associated with elevated states of consciousness. If these changes ever materialize from ‘mind only’ based meditation practice, they allow easier future access and greater sustainability of the desired advanced meditative states of consciousness.

However, few of us make it to these rarified states of mind, because few of us can stay on the path long enough and with enough focus for the ‘mind only’ based meditation practices to create the requisite changes in the brain. The amount of time and focus required to change the brain in this way (by “using the mind to change the mind”) is entirely too arduous for most of us modern humans. Dropping out of society, living in a cave and spending hours every day studying the workings of our mind is just not an option.

Source Code Meditation is different. I mean really different. There has been a breakthrough. Consider this: what if it were possible to mobilize latent energy in the body, direct it in a way that energized the Higher Brain first (immediately before meditation), then introduce a powerful new meditation technique?

Traditional meditation approaches require us to ‘put the cart before the horse’ by directing us to meditate without the Higher Brain being prepped and tuned to receive the ‘meditation’. Now, imagine if you could (indeed if the world could) increase the metabolism in the Higher Brain centers (that we know years of intensive meditation leads to) within minutes, and then during this advanced brain state, introduce meditation? Changing the brain before meditation changes the rules of the game, and leads to quantum breakthroughs in higher consciousness.

But there’s more…much more. Once you discover how to first energize your Higher Brain and access deep flow states and transcendent states of consciousness, what are you going to do with that new potential? Who are you going to become and how?

Another challenge with most meditation techniques is the lack of direction or integral understanding regarding, ‘what comes next’. If higher states of consciousness are ever actually experienced, how do you engage your modern life from there? With most meditation techniques, if one was committed (and maybe even lucky) enough to ever access deeper and higher meditative states, how would you live from that new awareness?

Source Code Meditation (SCM) offers us not just a way to create the brain state necessary to change the mind, but the 9 Summits of Transformation provides the integral map and the crystal clarity as to how to use these advanced meditative states to actualize your potential and live your destiny. The 9 Summits of Transformation are used in conjunction with SCM to direct the SCM awakened brain/mind state into a journey that I believe to be the most complete and comprehensive self-development process on the planet.

In the book Excellence Through Mind-Brain Development, authors Hurang and Travis state that all meditations explore inner consciousness, but differ in procedures, brain patterns, and effects. They go on to group meditation in three major categories. I will loosely summarize the three categories below and add some of my own thoughts and ideas to them.

2. Open Monitoring Meditation. Meditations in this category involve passive observation of objects of attention. These objects can be inner thoughts, emotions, or again physical body parts, also pain or breath. Open monitoring meditation techniques are described as a non-reactive monitoring of the content of experience from moment to moment. Mindfulness meditation is the classic example of this style. Theta brain waves in the 6 to 8 Hz range have been observed.

3. Automatic Self-Transcending Meditation. This type of meditation involves attention that is awake and turned within, usually on a mantra. A mantra being a simple sound or string of words that has no meaning or sometimes a deep hidden meaning repeated over and over again through the course of the meditation. Examples of this form of meditation would be Transcendental Meditation (TM) and ACEM meditation. This style of meditation produces alpha waves in the 8 to 10 Hz range.

All of the above meditation techniques require either the cultivation of awareness or focused concentration. I maintain that even in the case of meditation number 3 (mantra-based meditation) a type of focused (concentration) attention is required to state a mantra throughout an entire meditation sitting.

The point being that concentration or focus or maintaining awareness to what’s arising, all require the transcendence of lower brain stress physiology and the activation of Higher Brain structures. Thus increasing Higher Brain function immediately prior to any of these meditations would greatly increase their effectiveness, as fighting against a physiological stress state (the baseline for most modern human brains) takes much greater commitment.

The SCM energized Higher Brain tunes itself on demand based on what is suggested or introduced to the awakened brain during the course of the SCM and 9 Summits of Transformation practice. As SCM energizes your Higher Brain, stress dissipates out of your ‘survive-brain’, furthering the shift into your higher ‘thrive-brain’. Your ‘thrive-brain’ is more flexible and responsive to change and as you sequentially progress through SCM and the 9 Summits of Transformation, your Higher Brain can quickly and efficiently tune itself to access the full spectrum of brain wave states.

As you follow the protocol, based on which of the 9 Summits you are working in, the brain wave pattern needed to harness the outcomes associated with that particular Summit are elicited through the introduction of specially designed contemplations, meditations, mantras, positive thoughts etc., that tune the awakened flexible brain towards self-discovery, transcendence, unitary states, and right actions.

Energizing the Higher Brain first is a ‘meditation hack’. SCM starts with establishing the base of flowing subtle energy to the brain. Energizing the Higher Brain in this way dissipates the stress response and preps the brain to receive meditation. Once the brain has been sufficiently prepped, the meditation can begin. Changing the brain before meditation changes the rules of the game. Higher Brain potential when accessed FIRST, unlocks meditative potential not realized even in long-term consistent meditators, and opens the door to enlightened states of consciousness and purpose-fueled new ways to live.

Another ‘meditation hack’ of SCM is the ability to take as your ‘object of meditation’ the SCM-promoted flowing subtle energy (SalutoGenesis) to the brain. Once the energy begins to flow, you learn to focus and concentrate on THAT flowing subtle energy as it energizes your brain. SCM uses focused attention to amplify the very flowing energy to the brain that is awakening the brain in the first place. Many traditional meditation techniques require you to direct your focused concentration on some type of ‘object of meditation’, be that object a flickering candle flame, a mantra or an arising thought or feeling.

SCM uses this same technique AFTER your Higher Brain is energized, but directs you to take as your ‘object of meditation’ the actual subtle energy that you mobilized in your body to awaken your Higher Brain in the first place. Here’s why this is revolutionary: the act of engaging in high degrees of focused concentration—now more efficient because your Higher Brain was first engaged—in and of itself, creates a flow of energy. Focused attention (concentrated consciousness) is not passive but has an active energetic component; this has even been established in quantum physics. So when you take your consciousness or your awareness, and you focus it and you concentrate and you intend it and direct it in a particular way, or at a particular thing, that focused concentrated consciousness has a force. Where attention goes, energy flows.

The British biologist Rupert Sheldrake has even demonstrated statistically that people and animals know when they are being stared at from behind. Because ‘staring’ is the act of maintaining focused attention and there is an energy directed from that, that actually makes the person being stared at turn around, having ‘felt’ something. So if you take your force of concentration and direct that force through focused attention at the flowing subtle energy that you mobilized in your body, and which is in and of itself providing you the ability for focused attention (by awakening the Higher Brain), you are in effect energizing and increasing the flow of this subtle energy to the Higher Brain by providing it with more energy through your focused concentration directed into it!

SCM creates a 3-part feedback between your concentrated focused intended awareness/energy, the SalutoGenesis and your Higher Brain. Each element—the focused intention, the SalutoGenesis and your Higher Brain—are a dynamic feedback mechanism, each element of the system amplifying the other in a continuous cycle. You have this perpetual energy/awakening organic system within you. This is the path towards your enlightenment. Welcome to the revolution.