The Science of the Energy of Transformation and its Pathways 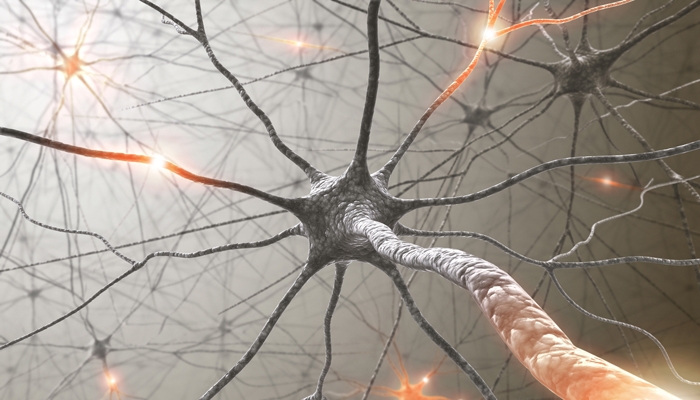 In my previous two journal entries we learned what the Taoist masters of China and the Yogis of India had to say about this energy of transformation. We have also looked at the possibility that an evolution of this energy is occurring and how it is being leveraged by the highly specific SCM technique. Now let’s see what modern Western science has to say about the energy of transformation and the pathways in the body that support it.

In the late 1800s Pierre and Jacques Curie discovered that crystal structures subjected to mechanical pressure emit energy. They called this energy releasing effect ‘piezoelectric’. It was later scientifically established that all crystalline structures exhibit this release of electromagnetic energy (piezoelectric effect) if they are touched, compressed, stretched or loaded in certain ways.

In 1988 the Austrian chemist, Friedrich Reinitzer, discovered a new phase of matter. Together with the German physicist, Otto Lehmann, an expert in crystalline structures, they became convinced that a unique kind of order existed in certain liquids. They referred to it as ‘liquid crystal’. Liquid crystals behave like liquid and matter at the same time. The French theoretical physicist, Pierre-Gilles de Gennes was studying ‘superconductors’—materials that conduct electricity without any resistance and therefore can carry a signal forever without losing energy. In other words, superconductors offer zero electric resistance. Pierre-Gilles de Gennes soon turned his attention to liquid crystals and in 1991 won a Nobel prize for demonstrating analogies between superconductors and liquid crystals.

According to researchers Facada and Yasuda, when pressure is applied to the collagen of the connective tissue matrix in living organisms, it creates ‘streaming potentials’ of energy.

Modern science has demonstrated that the energy pathways in the body—known for thousands of years and now accessed in an innovative way by the SCM code—are dense in microfilaments and microtubules, which are the most highly piezoelectric components of connective tissue. So we are now able to clarify a mechanism (that is palatable to Western science) through which highly piezoelectric tissue is mechanically loaded through touch or breath in such a way that a piezoelectric effect moves through the liquid crystalline substance of the body and spreads into various tissue destinations. In short, science shows us that when the body is contacted in certain ways and in specific pathways, it releases energy.

The SCM protocol has cracked a code around the precise direction and depth of gentle pressure within specific crystalline-dense locations of the energy pathways.

It is theorized that the specific SCM code introduced into the pathways through breath, touch, and intention leads to an energy release traveling to the Higher Brain. With precise gentle loading through contact in a specific unique protocol, the piezoelectric effect to the brain is maximized, waking up its slumbering potential.

Many of the ancient disciplines that acknowledged a latent energy in the body (and beyond) would argue today that this energy is subtler than the piezoelectric effect observed in labs, and is beyond the electromagnetic spectrum recognized by Western science. I believe both are correct—there is a piezoelectric effect occurring and also I believe they are correct that in time we will have instruments to measure a more subtle energy of transformation occurring simultaneously.

The first of these inner organic technologies is a 3-dimensional automatic expansion of your breath. We call this ‘SalutoGenic Breath Expansion’, experienced as though every part of your being is breathing in all directions simultaneously, like bellows filling with air, seeming to defy the physical limitations of how much air the lungs can actually hold. The 3D auto breath transcends mere lung capacity as it is charging the oxygen with the energy of transformation to be carried and delivered to the Higher Brain. The second potential mechanism generated by the mobilized energy is felt as an automatic, wave-like, rhythmical breathing. We call this a ‘SalutoGenic Breath Rhythm’, felt as your breath spontaneously cycling through your body with a high degree of organization and rhythmically undulating upwards as the energy-charged breath moves to the brain.

In either experience your breath begins to spontaneously move through your body! To be clear, you are NOT consciously learning to breathe in this way; the response is being automatically generated as your Higher Brain energizes. The experience of either of these SalutoGenic Breathing responses feels as though you are witnessing and experiencing yourself being breathed. As a result of the initial mobilized energy brought about by precise contacts through the SCM protocol, your brain is effortlessly and automatically generating new mechanisms to efficiently carry more of this sacred energy up the pathways and to itself. As it wakes up, it learns how to generate its own fuel source that leads to increased metabolism in the Higher Brain where much of your latent potential hides.

As you progress in SCM and the pathways continue to be cued through the SCM protocol, and your brain continues to generate its own activation energy, it is common to feel a third inner organic technology spontaneously arise in your body. A large wave-like movement courses through the subtle energy pathways in your body and we call this a ‘SalutoGenic AutoWave’. An ‘autowave’ is a term used in physics and chemistry as well as the life sciences to describe the process through which information is transmitted through living systems. A classic example of an autowave is a nerve impulse.

In chemistry it has been shown that these autowaves are present during ‘phase transitions’. A phase transition, according to modern physics and chemistry, is the transformation of a thermodynamic system from one state of matter to another. This provides, at the very least, a useful metaphor for the ‘phase transitions’ that occur to SCM clients as the above mentioned inner organic technology moves energy through the human body.

This SalutoGenic AutoWave (and quite possibly all three of classical forms of inner organic technology) is experienced as the undulation of raw energy (not breath charged with energy) moving up and down the subtle energy pathways. Once the body has been sufficiently prepped and the energy pathways gently traversed by energy-charged breath, this larger, more powerful SalutoGenic AutoWave spontaneously moves through your body releasing lower brain junk and clearing your body of stress.

The SalutoGenic AutoWave further clears out restriction or bottlenecks within the subtle energy pathways and further opens them for a better flow and greater transfer of energy to the brain. When the SalutoGenic AutoWave moves through you it is experienced as a very powerful and liberating phenomenon, often times wrought with emotion, as long held stress patterns are released and higher centers of the brain simultaneously come online.

I am putting forth the hypothesis that as the subtle energy (or if viewed from a modern science perspective, the piezoelectric effect) moves through the body and energizes the Higher Brain and the Higher Brain begins to wake up and self promote its own energy source by activating latent, inner organic technology, more traditionally known neuronal communication is also occurring. Electrical impulses are traveling down nerve fibers and crossing synapses, thus propagating a new signal through the body and to the brain. It is known that the movement of nerve energy through the human body is transmitted through nerve fibers in the form of a wave.

Through the SCM techniques this movement of energy is promoted and when enough of this energy starts to further propagate via the spontaneous self-generated feedback mechanisms (SalutoGenic Breath Expansion and SalutoGenic Breath Rhythm) it builds in intensity until a point of critical mass is hit and the phenomenon of coherence is reached, and synchronization occurs amongst the moving waves of energy. In physics the term ‘energy coherence’ refers to the synchronization of waves of energy they develop ‘in phase’ relationship. This coherent, ‘in phase’, synchronized phenomenon leads to greater efficiency, as in effect they are working together.

This coherence or synchronization of these energy waves amplifies their effect and increases the magnitude of their power for transformation. The coherence created through synchronization of the energy waves pulls diverse biological rhythms and other forms of nerve propagation into its field of influence. The coherence of this brain-directed energy becomes so strong that a point of critical mass is hit and the coherent wave of energy spreads through the human body and expresses itself on a macro level as the large wave movement (SalutoGenic AutoWave) we see coursing through the body during SCM techniques.

The above three SalutoGenic mechanisms are all the ‘classic’ expressions as this energy moves through the human body. It is important to note that there are many potential ways to experience SalutoGenesis and it may not always show up in the classic form. The energy can feel extremely subtle as it moves up pathways, or produce subtle vibrations through the body, or twitching movements in the limbs, for example.

There has been an essential element hidden just out of sight—something that is now coming of age as the brain evolves: inner organic technologies, an energy source, a fuel for the new brain. I believe SalutoGenic energy generated though SCM is the energy of our soul and spirit, gently finding its way to our Higher Brain structures to awaken us into higher consciousness, so that we can turn that consciousness back on the very catalytic process that awakened it, and promote more energy to the brain and bring that to the world and co-create heaven on earth.

It’s time to mobilize this subtle energy and awaken your Higher Brain. The establishment of the Source Code Meditation base followed by our unique meditation will create a radical departure from overwhelm and stress, and provide a new baseline of Higher Brain-based physiology and higher mind-based awareness.