A New Spirituality At The Leading Edge Of Evolution 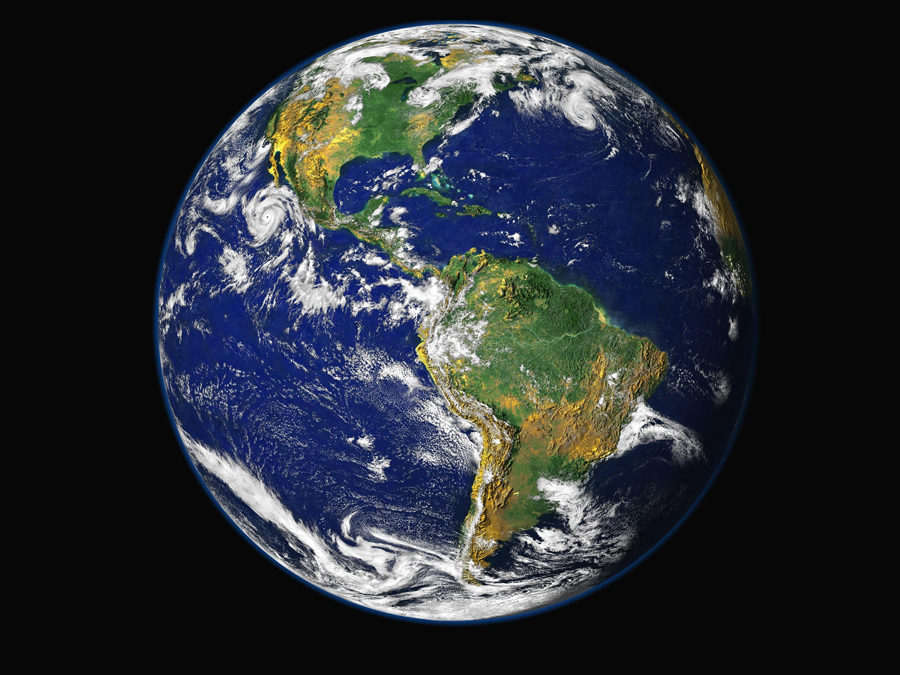 Modern cosmology and physics trace the world’s origin back 13.8 billion years. The scientific story goes something like this: First there was nothing and then from nothing came an explosion. A Big Bang and a soup of matter and energy burst forward, along with the simultaneous creation of ‘time and space’. Over the next 13.8 billion years, this fiery, exploding undifferentiated matter/energy soup mysteriously organized itself in such a way as to become alive, and as life continued evolving in more complex forms, the consciousness within these life forms became more complex and ‘awake’.

Now let’s take a moment and contemplate this process. That point that physics and cosmology saw as nothing, couldn’t really have been nothing, right? Something doesn’t come from nothing—zero is supposed to equal zero, yes? ‘Zero’ shouldn’t in any way equate to the evolution of a universe. So what existed prior to space, time, matter, energy and manifestation? What was there all along…eternally? It was of course infinite being and consciousness, pure existence as the Transcendent Self. The same Transcendent Self that now looks through your eyes and hears with your ears. The same consciousness that permeates all existence, percolates with potential and swirls with possibilities. It’s the same background state within you right now. And it’s that inner well-spring of creativity waiting to emerge as something new through you.

Your own individuated consciousness has evolved to the point where you are awake. And once you are awake, you are responsible for your choices. Your choices from this high state of wakefulness are now new mechanisms in evolution. YOU are how spirit liberates itself from the realm of potentiality into the manifest realm of the finite world. This world where we live, breathe and work, is in time. You have a finite amount of time to create a life well lived. By living fully, you will leave your body without regret, leaving a legacy of first grooves for a new stage—a new cortex, consciousness and culture. YOU are all that we’ve been waiting for. Evolution (spirit in action) is becoming aware of itself through you. If you understand this, your life can never be the same. And from this understanding we must choose what’s next!

Evolution becomes self aware, in you, as you and through you.

YOU are a shining beacon of hope for all those that lived and loved and labored before you. You are the promise to all those souls that will come after you. And you are, right now, in this body, on this planet, during this lifetime, essential to and responsible for the direction of this evolutionary principle. For nearly 14 billion years, evolution has climbed and climbed upwards, and at this very moment has created a sentient being that possesses awareness with the free will to actively participate in the continued unfolding of ALL.

Unitary Evolutionary Enlightenment in its totality is the energizing, molding and integration of new human physiology that is in dynamic relationship with the Authentic Self/Soul Essence. It is one with the Transcendent Self while in a conscious state of vertical becoming. In the classical enlightenment state we are plunged into the timeless eternal nature of who we are—the formless dimension—the Transcendental Self. This state allowed the great realizers to, in effect, transcend the manifest realm of the body and the world. In some cases these realizers even considered the realm of body, earth and cosmos to be illusions. In this classical enlightenment state, you become the Witness to all that is arising, including our own body, mind and thoughts. In this state you are truly free.

In Unitary Enlightenment, consciousness was found not to be separate from form. In this state, all form becomes infused with consciousness—matter and manifestation are not separate from the Transcendent Self. In Unitary Evolutionary Enlightenment, the two previous realizations are found to be just the beginning of what can become when higher physiology integrates with higher states of enlightenment and higher Life Altitudes. In Epoch 6, the Authentic Self/Soul Essence fully remembers its 13.8 billion-year-long evolutionary nature, and this evolutionary nature is infused with and inseparable from the pure consciousness of the Transcendent Self while the higher physiology continues to evolve.

Your life becomes a drive to create, as a direct manifestation of God’s will. Let thy will be done. You have the simultaneous experience of being unmoved and unaffected by the entire world of form as your peaceful Transcendent Self, while in a state of radical BECOMING as you create the new world. You are a conduit of light! Your life counts! Do not play small.

“The one condition coupled with the gift of truth is its use.”
— RALPH WALDO EMERSON

In Evolutionary Unitary Enlightenment, evolution is viewed as a large dynamic process in which Darwinian random mutation is only one of many tool(s) that evolution (spirit in action) uses to create more complex forms of matter, like Higher Brain/Higher Heart/integrated brain structure, awakened states, and Life Altitudes of consciousness and culture. Whether or not evolution is purposefully directed, I believe, is self-evident, at least once humans appeared. When we emerged and felt purpose, then purpose became part of the cosmos—and a driver of evolution.

The evolutionary impulse is felt as the urge to ‘do something’. The drive to take action precedes actions taken. This desire to do and become has been a fundamental element of the cosmos. Since the Transcendent Self first mobilized the evolutionary impulse to manifest space/time and matter/energy, all of evolution has been driven to become, advance and create. In Unitary Evolutionary Enlightenment, this impulse comes out of hiding and becomes consciously directed towards right action, always promoting more evolution. And you (and I) are THAT.