I Have Revolutionary Intentions—Does That Make You Uncomfortable? 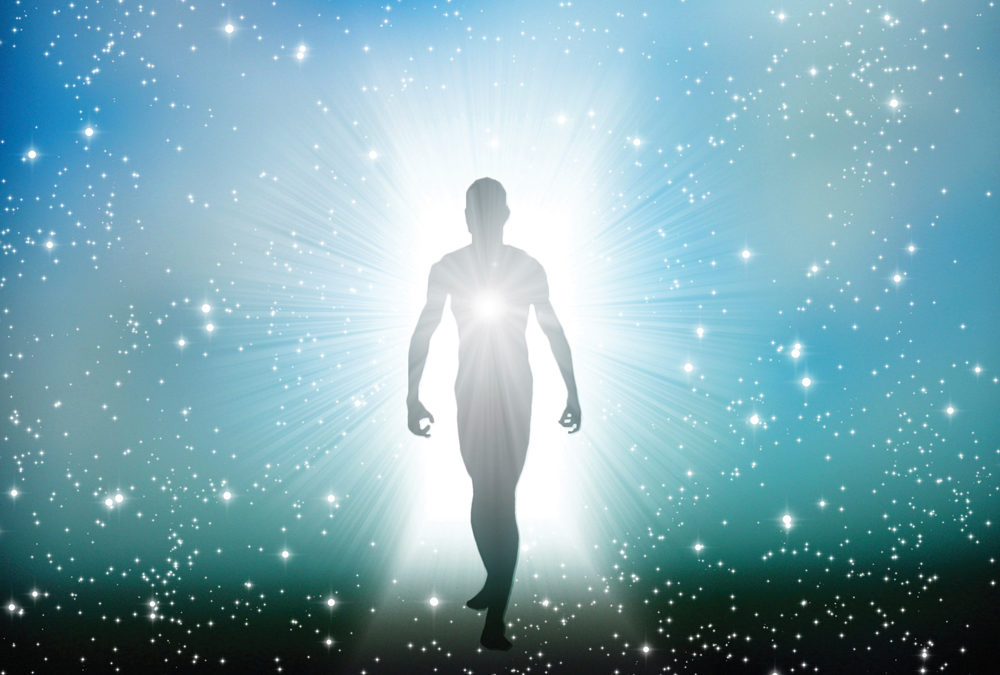 I have noticed with greater frequency that people are giving up on the idea of transformation. Most don’t even believe it’s possible anymore. For a few years now I have given talks across the USA and made my intentions very clear. I want to play a role in creating the conditions for the emergence of a new stage of human physiology, consciousness and culture. This is why I am here—my purpose. More often than not, it feels unacceptable to promote the belief that a New Human can rise to a new level of evolution. Somehow, according to much of our current culture, the drive towards and belief that one can consciously promote ‘evolution in this lifetime’ is arrogant or elitist. Some have even become angry in my presence at this suggestion.

I am staking my career on the belief that there are some who still believe—or at least when shown the evidence will believe—in transformation in this lifetime.

The marketers tell me to “…talk about their problems. Tell them you are going to take away their pain, overwhelm and anxiety. Offer solutions to their health, financial concerns and relationship challenges.”

But I can’t do this in good faith—not without telling you the whole story…the truth.

What if all of your problems have one primary solution? What if that one solution is nothing less than an evolutionary shift into untapped Higher Brain capacity, an awakening of consciousness and a vertical elevation to a new life altitude that unlocks your purpose and sets your heart on fire to create a new world? What if that’s the only real solution to your challenges in health, stress, finances, relationships and depression?

I have had enough of this.

In 2016, the Yoga Journal performed a scientific study on American Yoga titled “Yoga in America”. The study confirmed that 36 million people currently practice yoga and that number is projected to rise.

Do you need evidence from me to convince you that we don’t believe in transformation anymore?

According to the study, the top five motivations for beginning the practice of yoga in America are:

Now that the foot is in the door, the student becomes curious, the fire is lit…what comes next?

According to the same study, after a student is established and has spent time on the yogic path, the top five motivations for continuing to practice yoga in America become:

You read it correctly; the top five motivations are the same. The point of entry into yoga and the reason for continuing is the same for the majority of yoga students. This has to change…dramatically. Yoga was a system originally created to hasten evolution, create transformation, lead to spiritual awakening and result in a radical new way to live.

Why am I concerned? If it’s not happening here in thousands of yoga studios across America, I don’t believe it’s happening anywhere on a large scale. Are the marketers correct to assume that what people really want is simply to have their day-to-day problems solved? Maybe, but that will not satisfy their soul’s search for meaning, will it?  It does little towards expressing the evolutionary impulse in one’s authenticity and purpose. That is what is missing. You will not remain purposeful and fulfilled by simply having less stress and more flexibility. Is that what the pursuit of our full human potential has come to?

I don’t believe the marketers, and you may not agree with me, but I am convinced that there will be some who will understand.

If you can’t hear me, if you’re not ready, if you think I am crazy, so be it. Please just move on—without the vitriol and resentment. We may find each other again.

Cynicism and apathy have infected so many minds, and yet cynicism and apathy are also symptoms, just as is our stress, addictions, overwhelm, depression, anxiety and procrastination. There is something more at work here. It arrives when we refuse to be ‘responsible’ for our own evolution. It arrives when you become afraid of the destabilizing force that knowing your own soul could thrust upon you…and so you pretend. There’s comfort in the feckless, apathetic, numb, flatland world that doesn’t believe in its own liberation. You won’t peer into the depths of your own destiny because you can’t endure the dissonance between your soul that dwells within and how your life is really being lived.

The life of quiet desperation sets in. Your idealism was long ago replaced with judgment and cynicism. You attempt to take refuge from your own authenticity by being a ‘good person’. You’re concerned about social causes and you’re sensitive to injustices, but how much of this is a masquerade? How much of this ‘caring’ lets you convince yourself that you are doing your part? Do you really care about the solution? The single greatest lever you have available to change the world is your own transformation. What the world needs now is liberated beings with hearts on fire.

Look deeply. Is the problem really about your finances? Stress? Overwhelm? Pain?

Perhaps it’s even worse; maybe the symptoms are gone now. Did your discontent stop crying out long ago? Are you dying inside and you don’t even know it? Is it easy to pretend you’re not responsible to the evolutionary impulse? Have you put it to sleep for so long that even your quiet alone times don’t hurt anymore? Is this where you are? Did your numbing agents finally hide your soul deep enough so that you don’t have to pay attention? Do you even know who’s living your life now?

Am I really a threat to all you stand for? Or does the message merely put more fire in your soul’s crucible than you’re comfortable with? Be honest, what are you hiding from? Are you suppressing the awakening? If you can’t hear me, I am not ready for you either.

I know you are out there.

There is a huge swath of people (are you one of them?) out there in the yoga studios, in the mindfulness communities, in the unity churches… I am asking you to please believe in transformation, in liberation, in conscious evolution. I can show you the evidence. Can you believe in the ability of a significant minority to consciously evolve, enlighten their minds, create deep joy, and establish sacred communities and purpose? Can a significant minority redirect, through their own integrity, the dangerous drift that humanity is on? It has happened for humanity before…remember that bit of history when the renaissance emerged out of the dark ages? Why not again?

I say this now to those who are stirring and maybe unknowingly trying to vertically exit their current stage of development. Perhaps you can hear me now, and are ready to go far beyond the dissonance you experience from the light in the soul that’s not being expressed. I say this to the ones that find it exhausting to spend all of their time critiquing the way things are instead of building new paradigms that render ‘the way things are’ obsolete. I say this not to convince anyone of what they need to do, because that is not my place. Everyone has a right to be who they are and where they are. I just ask that you consider how the repression of your own evolution may be playing out in your life.

I say this to myself as well. My integrity is at stake and I will do better. There is much more light in my soul, I know. I am going to say it and believe it and teach it and create the conditions for it until the day I die. Don’t ask me to mitigate my message and speak to or teach to or create for the lowest common dominator—I will not. There is enough of that out there and it’s not working.

There’s a revolution coming, and it goes through the brain first. The cultivation of an energy source as fuel for your brain, activation of Higher Brainstructures, new wave patterns synchronized across hemispheres. Higher frontal brain structures exerting downward causation across the entire human body, opening the heart, promoting upgraded DNA expressions and the map and means for the New Human to rise in Self, Culture and Nature.

We’re all invited to grow. Evolution never stops; it can be consciously accelerated. There will be a New Human rising even if that offends your post-modern sensibilities. I love you anyway, and always.