#Metoo, Meditation, Morality – It’s Not What You Think It Is 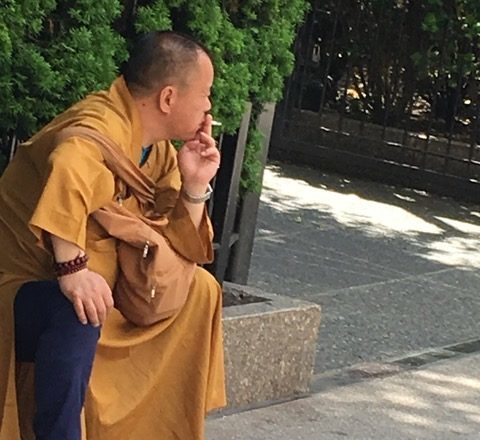 The leader of one of the largest meditation movements in the west was alleged of sexually abusing women. Mipham Rinpoche—the head of Shambala international, with over 200 ‘Shambala Meditation Centers’ in 30 countries—was exposed by the #metoo movement. Mipham Rinpoche was accused of having drunkenly groped and forced sexual favors from his female students for years.

The thing that is most shocking about this…is that it is not shocking at all. We have seen this time and again. Prominent spiritual teachers accused of behaviors that seem reprehensible to most of us. I wont go through the list, and I only picked the Shambala scandal because it is currently in the news. This same type of behavior has happened with such frequency and consistency that countless seekers have been knocked off the spiritual path or have decided against pursuing a spiritual path to begin with. It doesn’t create a lot of love from western atheist academics either. This is tragic. How can awakened spiritual teachers do things that aren’t awakened at all? From revered Zen masters to prominent Yoga icons, they have fallen like dominoes, as conduct appearing anything but spiritual is being exposed.

Even Mipham Rinpoche’s own father, Chögyam Trungpa, whom founded Shambala, was accused of having alcohol problems and inappropriate relationships with his female students decades ago.

“Exceptional as one of the first Tibetan lamas to become fully assimilated into Western culture, he made a powerful contribution to revealing the Tibetan approach to inner peace in the West.”

– The Dalia Lama referring to Chögyam Trungpa, the founder of Shambala

Enlightenment or ‘waking up’ is NOT vertical evolutionary psycho/spiritual development.

So what does enlightenment even mean? What good is waking up? The list of ‘spiritual realizers’ exhibiting egregious moral behavior is long and deep. So what’s going on?

Enlightenment (waking up) = the ability to experience the unconditioned, unqualified, unitary state of absolute reality. This was a direct realization by many of these fallen spiritual teachers. I suspect many of those teachers caught up in scandals throughout history had much to offer regarding this radically free, transcendent state of peace and liberation. Awakening into the transcendent and out of the trials and tribulations, the suffering and confusion, and the complexity and paradox of daily life on planet earth, is very important.

We need a deep relationship to what these teachers realized. Meditative techniques and contemplative paths all over the world have pursued enlightenment to end all paradox and free oneself from space, time and death. We need an identity with our Transcendent Self, the unborn and undying core of our being; this is discovered only through Waking Up. Our growth and spirituality, however, doesn’t end with this discovery. Awakening is our beginning—not our end.

This quote went viral on the internet:

“If every eight-year-old in the world is taught meditation, the world will be without violence within one generation.”

The Dalia Lama is wrong about this.

I understand the affection that most of the people who relate to my work have for the Dalai Lama; count me among his many fans. He is a beautiful and wise soul. However the suggestion in this quote is wrong. Meditation, the enlightenment path, leads to waking up, but it does not necessarily lead to growing up. Decades of intense meditation can enlighten the mind but it may not promote vertical psycho/spiritual development into a new life altitude. As the genius philosopher Ken Wilber often points out, higher states of consciousness and higher stages (I call life altitudes) are simply two different vectors of human potential.

Growing up = an evolution of consciousness through vertical stages (life altitudes) that represent higher cognition, values, ethics and morals. This vertical, stage-like unfolding of life altitudes represents a different path than the path to enlightenment. Put simply, one can wake up to the radical freedom and liberation of enlightenment—a state beyond right and wrong—and yet still have a low level of vertical development. The life altitude you source your values, morals and ethics from influences how one actually lives their ‘enlightenment’ and how they behave in the world.

We need both paths.

Most meditation techniques omit the Higher Brain and lack a path to growing up.

I have often written about the lack of understanding most meditation schools and techniques have regarding the higher physical brain’s role in enlightenment, or higher consciousness in general. There is something else missing that is fundamental…the elephant in the room. What does one do if they are lucky enough to ‘wake up’ through meditation (assuming we don’t believe unethical behavior is an answer)? How does one engage in a complex 21st century world once they come off the yoga mat or meditation cushion? The effective engagement of the life process once one wakes up is crucial to full development, and yet is often missing from the equation.  Where is the catalytic path to vertical psycho/spiritual development? Once the ego is transcended, a path must be taken that requires that the ego grow up and show up.

If we are awake at all, our words must always match our behaviors and actions. This is bigger than the scandals mentioned above. I am talking about radical integrity in every facet of one’s life. This is an area of my life that I am bringing much awareness to as I do my own SCM practice. I am committed to a level of integrity that I have never fully shown up in previously—radical integrity lived in EVERY area of my life with no misalignment, no dissonance and no rationalizations. I am cleaning up my own shadows, repairing all broken layers of the spiral of my own development, and putting myself on notice. I am committing myself to the pursuit of perfection, and I have a ways to go… And I know what the territory looks like and have the system to guide me. I am excited about this next turning of the wheel of my life.

Through 2 decades of research I have identified 9 vectors of growth (I call them The 9 Summits of Transformation) that I believe are crucial and must be engaged if we are to enlighten our minds AND evolve to a higher life altitude. This next life altitude unlocks perspectives beyond our current cognition and awakens a fierce integrity toward a higher moral and ethical life in the world that we inhabit.

To acquire both enlightened states and a vertical new life altitude, it demands a shift from the lower survival brain (that habituates sameness in our life, because ‘sameness = safety’) to thrive-based capacities of the Higher Brain. This shift to Higher Brain physiology (promoted by Source Code Meditation) creates the brain shift needed to pursue ‘The 9 Summits of Transformation’. These Summits unlock the potential in all 9 vectors of your growth so you can WAKE UP and GROW UP, and live a life of integrity, deep purpose and meaning.

Through our signature Source Code Meditation and the 9 Summits of Transformation program, we promote all trajectories of your growth. We even measure how much you are WAKING UP into enlightened states of consciousness and how much you are GROWING UP into higher life altitudes.

The next emerging life altitude for our species, I call ‘Epoch 6’. The Epoch 6 life altitude confers the ability to simultaneously transcend the world while being deeply embedded in the world. With no sense of paradox, the New Human liberates her spirit from the world and simultaneously experiences her joyful purpose. It is this purpose that provides the fuel for her vertical evolution in the world. It’s her vertical evolution in the world that unlocks the next life altitude. The path isn’t a selfish one—the joy and purpose of her new life positively impacts her friends, family and community too.

Please join me in the revolution.