Seeing is NOT Believing 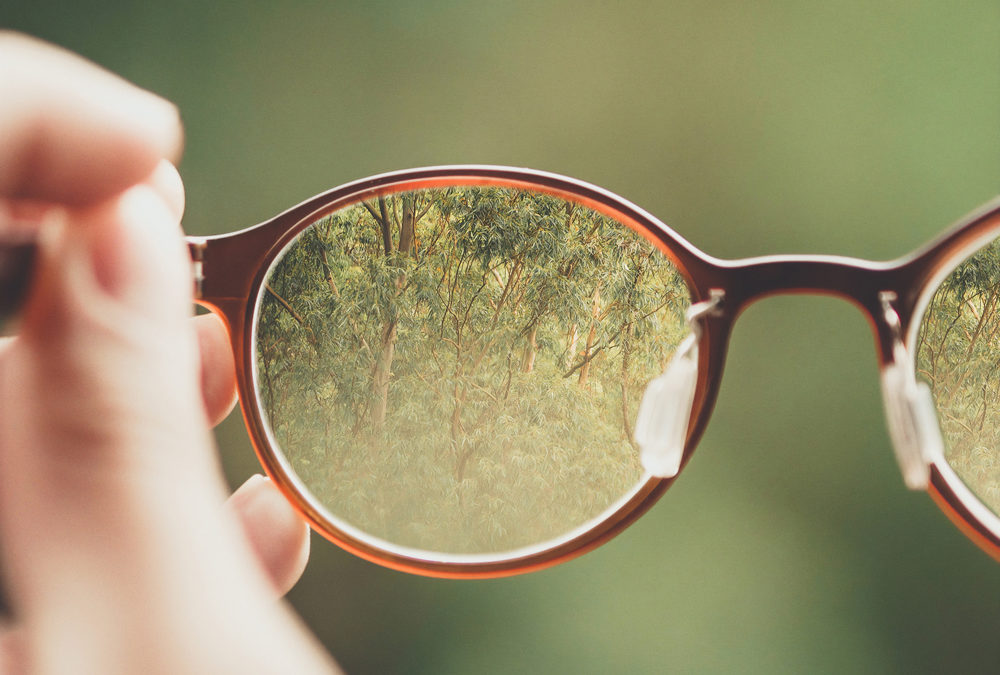 Sometimes we refuse to believe what’s in front of our eyes.

I was in a private meeting at a major academic institution with one of the most prominent meditation researching neuroscientists in the world.

The meeting happened—I blew his mind. It didn’t end well.

The meeting was set up because someone formed a connection with him and told him of the profound results that were occurring with my work. This neuroscientist was told that my work signaled a major breakthrough in human potential and that he would be doing the world a service if he studied the brains of recipients in my programs. He has a heavily funded lab at the university and a fleet of PhD researchers supporting it. He agreed to the meeting, and with great anticipation I showed up at his office. I had poured over a great deal of research linking Higher Brain states to higher states of consciousness. I had done enough brain research on participants utilizing my techniques to know that my work was having a profound effect on the part of the brain needed to experience higher consciousness. I also knew that utilizing meditation techniques alone to attain these higher states of consciousness required decades of intense, focused meditation, and that few people stayed on the path long enough for these liberating awakenings to actually occur.

I have a solution—a way to change the brain first, and then introduce meditation. This prepping of the brain before meditation is a game changer. The extraordinary thing about this is that  ‘prepping’, or activating the Higher Brain through my techniques, involves the mobilization of a largely dormant energy source within the human body. The reason this ’mechanism’ of flowing energy through the body to the brain is so significant, is that it lends itself to scientific investigation. In other words there are tangible and consistent responses that happen when this energy moves through the body. The recipient’s breathing spontaneously responds with a new and unique pattern, in ways not predicted or known to western academic understanding. Energy moves through one’s body that can be seen to affect the body through these spontaneous new breathing patterns, as well as wave-like movements of energy in the body. These responses are consistent and repeatable, which makes them very amicable to scientific study.

Can you see why I was excited for this meeting? I have something that can change the brain rapidly and is largely unknown to western neuroscience. My work consistently produces a natural energetic response in the body leading to the emergence of a dormant mechanism in the brain and body. It is a very real and tangible physiological mechansim that can be visually seen and ultimately measured. I assumed any capable brain scientist would salivate at the opportunity to study this, particularly since studies conducted through another academic institution (The University of Iowa) had already shown high-end quality of life changes and greater abilities to ‘flourish’ in a group of recipients going through one of my programs. I was demonstrating the emergence of a new human physiology that correlated with higher consciousness and the amazing life changes associated with my work. I thought he would jump at the chance to research this.

I did not account for the fact that a highly intelligent scientist would deny what was right in front of his eyes. Once I explained my theory, I saw the skepticism on his face… Then I did a live demonstration on someone. I introduced a specific code of information in the form of touch into the subtle energy pathways of the body…and new physiology emerged right in front of his eyes. This response has been demonstrated thousands of times and in thousands of people; its legitimacy is not in question. And yet I saw his skepticism turn into cynicism and then to outright denial of the truth unfolding in front of him. He witnessed the human body’s once dormant energy of transformation flow to the Higher Brain as it prepared the brain to enact higher states of consciousness through a new meditation technique.

I saw his face go blank and I watched him ‘check out’ of something he did not understand and that he could not make fit into his current belief system. He said to me, “Mobilizing energy in the body and activating the Higher Brain is impossible as far as I am concerned.” And yet, it was happening on a massage table four feet in front of him. And behind him, not 100 feet away, were functional MRI machines and EEG equipment in one of the most sophisticated brain labs in the world. Why didn’t he put it to the test?

I don’t think this brilliant scientist could process information that was that far out of his worldview…even if it was true. This reminded me of a story told by psychoneuroimmunologist Candice Pert PhD… When Columbus’ ships were landing on American soil, Native Americans simply could not see them. They had no context for these giant things rising up from the ocean. It did not fit within their current paradigm, and so it was simply not happening.

After he declared that what he had just witnessed was “impossible”, the meeting became awkward and quickly ended. Once he told me that what I had just shown him was impossible, I had had enough. I said, “But you just saw a body respond to energy in a way you have never seen before. I have seen it thousands of times and the improved quality of life outcomes have been measured.” Rather than deal with what challenged his status quo, he left me with these words: “Well, we are really just hoping that meditation makes people nicer to each other.” …Ugh, really?

I realize now how deep ‘conditioning and context’ play into what we cannot ‘see’ but also what we ‘let in’ to our current worldview. I was forcing him into a crisis of belief. What if my technique achieved faster and better results than the techniques he had devoted his professional career to studying? What if the work he published would be rendered obsolete by something new? He simply could not let my information, and what he saw with his own eyes, be real. I am reminded of the statement by Max Planck when the newly discovered ‘quantum physics’ was denied by the scientific community. He said, “Old paradigms die when the believers in old paradigms die.”

But alas, there are some believers in old paradigms beginning to die…and new paradigm believers being born…even in academia.

Fortunately not all academic brain researchers are quite as close-minded. The tide is SLOWLY turning. In fact I had a recent meeting with a brilliant neuroscientist (PhD from Harvard) who listened very intently to the ‘new paradigm’ I was presenting. After listening carefully she advised me to use the term ‘mindfulness’ instead of ‘meditation’ when dealing with academics and to NEVER, EVER talk about subtle energy in the human body (even if it was true).

Another quote comes to mind: “This is the kind of evidence I wouldn’t believe even if it were true.” Decades ago when Margaret Meade PhD was discussing her data with another academic on a ‘new paradigm’ in cultural anthropology, that is what he said to her.

Now for the good news…

Once this Harvard-educated neuroscientist gave me the do’s and dont’s of how to navigate hardheaded scientists, she heard me out. She listened intently as I explained how we could mobilize this energy to the brain BEFORE meditation, activating the part of the brain that must “wake up” if we are to experience higher states of consciousness. I informed her how my technique could revolutionize entire fields of mindfulness and meditation by prepping the brain FIRST. She listened, she had ears to hear me, and she paused and with seriousness in her voice said to me, “When they know you have that they will flock to you.”

I know the language to describe my work needs to become more comprehensible to the general public. It needs to be easily communicated to friends and family. I have always found those at the leading edge who understood, but we want to create widespread social change. I understand the enormity that I, my team and our community has, to make this understandable and accessible to large swaths of people.

That’s how a new culture, Epoch 6, comes into being.

How do you bring a revolutionary technique to the world and cross the chasm from early adopters to household name when the radical implications of the approach are anything but ‘household’? What if this new paradigm disrupts much of what we thought we knew about human physiology and human potential? I know that the dramatic physiological changes that occur when one sees my techniques applied live (or on a video) are polarizing. It often challenges one’s long-held beliefs about body/brain potential. Denial is a common response to revolutionary information.

But how can I not lead with what’s true and unique? How can I hide the thing that could change the game? I can’t leave it in the shadows. I have to figure out the language, the branding, the marketing, and the communication that embeds the concepts into the hearts and minds of our culture. I must first learn to communicate to the 80 million ‘Cultural Creatives’ in America (and the many others across the world). If 1% of this group engaged this new paradigm I truly believe we would see the rise of a new culture—Epoch 6. This new culture would have a positive impact on all of the world and its inhabitants. I know that many of you reading this journal post see what I see. We are in this together. We have the technique, the practice, and the system, and the community is growing…but not fast enough. Let’s craft the message and bring the new paradigm to the large group of people most ready to create widespread social change.

I need you now.