Midway Between The Gods And The Beasts 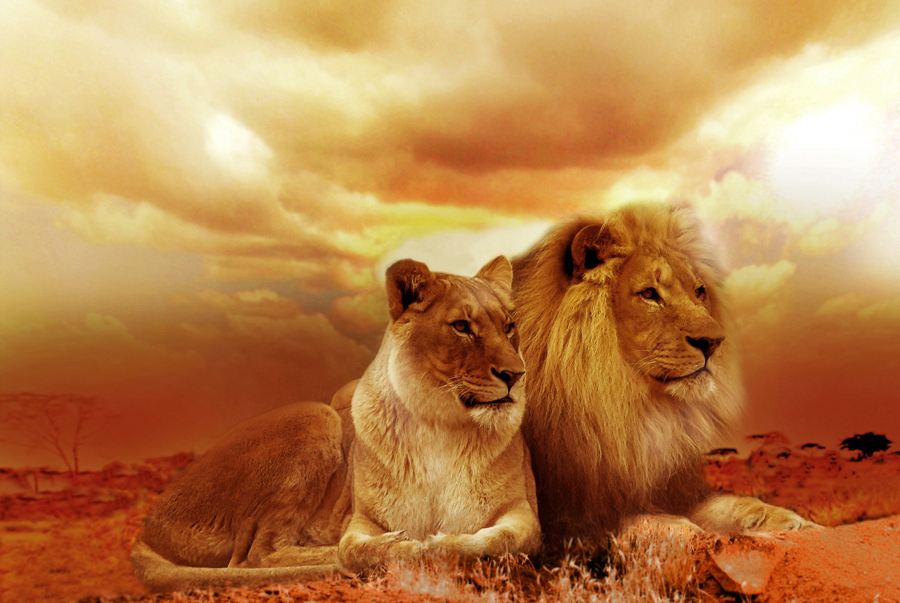 Nearly two thousand years ago in the ancient city of Alexandria, the wise philosopher, Plotinus declared: “Mankind is poised midway between the gods and the beasts.” I think he got this right and I think modern neuroscience confirms it. We humans have an unconscious primitive lower region of our brain—the purpose of which was to ensure our survival in a dangerous, brutal and hostile world. This old part of our brain evolved at a time when the environment was predator-rich, and although predators are no longer lurking around every rock and tree, this ‘stone age’ brain of ours still functions at an ever-vigilant capacity, and usually without our conscious knowledge or choice.

We pay a terrible price for this lower brain dominance in the modern world.

The primitive lower brain’s perceptions and reactions arrest our development into higher consciousness and stifle our potential for more creativity, insight and meaningful lives. We are continuously cycled back into a life of familiar (even if negative) thoughts, circumstances, relationships and environments…because to the lower brain, sameness equals safety.

In our 21st-century lives these primitive lower brain survival mechanisms are at odds with the potential of our ‘higher selves’—a potential that lies slumbering in the newly emerged, yet largely dormant, Higher Brain. The higher human brain seeks creativity, change and growth, but below our conscious threshold the old lower and still dominant brain has its grip on our life. The unconscious lower brain reacts to the potential for significant life change (even if positive) as though it were going headlong into the unknown—an unknown that may very well harbor dangerous predators. Thus the lower brain is change-adverse and always defaults to what would have kept us safe in a pre-modern, hostile, predator-rich world. Safety, to put it simply, means ‘don’t change what you are doing, because what you are doing has been keeping you alive.’

So here we are, poised “midway between the gods and the beasts”…midway between the higher and the lower brain. Stuck. Seeing glimpses of our transcendence and yet always pulled back down into old familiar patterns. Are we destined to live in the lower brain states of fear, sameness, stress, anxiety and apathy, merely ‘surviving’? If so, why are we equipped with this largely dormant Higher Brain? Modern neuroscience informs us that the higher human brain, particularly the ‘prefrontal cortex’, when energized is associated with intuition and insight, elevated emotional states and advanced states of consciousness, and yet, this remarkable part of our brain slumbers.

Our Higher Brain’s potential is largely silent, and as remarkable as that is, it appears as though it isn’t the only thing that slumbers in the human body. Perhaps you have heard of a ‘dormant energy’ in the body? An energy that is awakening has been the subject of sacred doctrine since time immemorial. This quiescent energy has been at least partially known of for millennia and revered by ancient healing arts and wisdom traditions east and west. Sacred texts inform us that when this energy is activated it flows along hidden pathways in the body, positively impacting health, well-being and expanding consciousness.

Imagine what changes await us if this energy were understood in modern scientific terms and could be consistently mobilized and cultivated to become an ‘activation energy’ for the Higher Brain. What if, bear with me here, this energy source in the body had actually evolved concurrent with the new Higher Brain structures and was part of a circuit that could bring much needed fuel to evolution’s most advanced accomplishment—the highest reaches of the human brain? What if, however, the arresting pull of the lower brain had never quite loosened its grip enough so that this sublime energy could come ‘online’, complete its circuit to the Higher Brain and bring to life the revolutionary potential locked within the highest aspects of our central nervous systems?

This, I believe, is exactly where we are as a species.

Now, thousands of years since the first discoveries of these mysterious pathways in the body and the energy they harbor, a code has been cracked. A consistent, repeatable and teachable technique has been discovered and developed that gently cues these pathways in such a way that a release of this latent energy is promoted and astonishingly directs itself to the Higher Brain, nudging our Higher Brain awake!

Our Higher Brain, the ‘crown of creation’, having yet to metabolize sufficiently and awaken fully, can thus begin to fulfill its evolutionary potential. This potential I believe is nothing short of a new beginning for humankind. A transcendence of fear-motivated, survival-based living, to be replaced by a fully awake and enlightened new human and culture, forever in a state of conscious evolution.

Imagine a world where the lower brain would still be available to protect us if needed, but the brain’s ‘command center’ would shift to the higher, more recently evolved, new brain. This highest part of the brain would awaken in all of humanity and the empowered states then conferred could be directed towards all areas of life.

Could joy, purpose, passion and meaning, become our new baseline in life? Even enlightenment? Could we create heaven on earth? I believe we can. If a ‘significant minority’ of us commit to this shift from the lower stress brain to the higher enlightened brain and we learn the most effective ways to live from this new awakened state, the ultimate result could only be a beautiful new world for all of us. I am on fire with this possibility!

Will you join me?