The Higher Brain and the Emotions That Drive Change 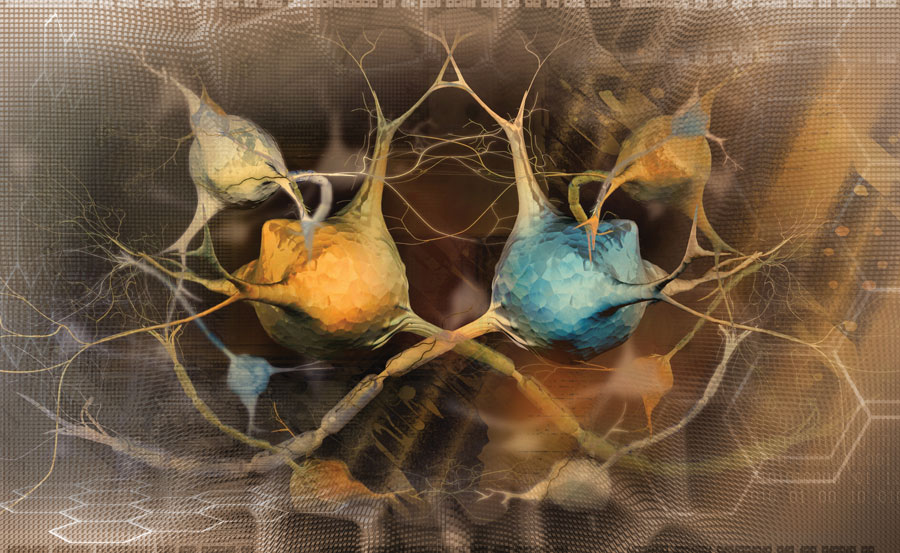 Emotional experience is widely believed to be associated with the limbic brain, the old mammalian brain housed just under the cortex and layered on top of the even older reptilian brain. New research—such as that recently published in Psychological Bulletin – Emotion, Plasiticity, Context and Regulation: Perspectives from Effective Neuroscience—has shed light on ‘higher level’ emotion and its relationship to the prefrontal cortex (PFC), demonstrating that the positive emotions produced as an organism moves closer to a desired goal are strongly correlated to increased activity in certain areas of the PFC. We seek goals and passions in life because, at least in part, their attainment provides a future-based promise of an elevated sense of well-being, purpose and meaning. It has been shown that all human action is driven by emotion, so how do we develop the type of emotional state needed to pursue our goals and passions?

The attainment of our goals and passions leads to an elevation and upgrade of our emotional state, but how do we derive the actual emotional motivation needed to get there?

What if the emotional motivational state we feel when we start the course just isn’t strong enough to overcome all the pitfalls we encounter along the way? What if we start out with motivation but the steps needed to get there are unclear or huge obstacles block the path? Can we create enough energy, sustain enough motivation, and map a clear-enough path to actually attain those goals?

Modern neuroscience informs us that the PFC (the underused and latent part of our brain) is what guides our action and organization towards the acquisition of motivationally significant goals. The PFC isn’t just associated with the advanced emotional state brought about by the attainment of a goal; it is also the brain region responsible for the actual planning and execution towards the fulfillment of those goals. The PFC seeks change and growth and wants to move towards something better, higher, deeper, and more meaningful. That “something better” may be in the form of an improved relationship, healthier body, rewarding career, etc. The biological reward we receive for attaining these higher life goals is an enhanced emotional state. This sought-after enhanced emotional state is inherent in the same part of the brain that must do the seeking! When the PFC is energized it can escape our present life demands and see beyond its current predicament. It can project into the future the goals that must be attained to create that new life.

Here we have run into a primary challenge in personal growth.

The PFC is both the part of the brain that must energize and direct us towards our goals, as well as that part of the brain that will produce the enhanced emotional experience once we approach or attain our goals. This is a lot to ask of an underused and largely dormant brain region. How do we create the initial, motivational, emotional state that’s powerful enough to do this, and once created, how do we sustain it long enough to keep us on the path until the actual attainment of the goal produces its own surge of energy and provides for us the feeling we are after?

According to Richard L. Daft, PhD, a Professor of Management in the Owen Graduate School of Management at Vanderbilt University, the PFC must be “coaxed into action” and it must be able to “imagine” what we will feel like once we attain the goal. This provides the impetus to pursue the goal before there is any reward. But ‘imagination’ is only so strong and the brain energy associated with it is weak and fleeting.

So let’s say that we decided we wanted to go back to college and get our Master’s degree. The goal is the master’s degree but what we are also looking for is how we will feel when we achieve that Master’s degree. The experience of attaining the goal of the Master’s degree produces an elated emotional state. We feel confident and purposeful; in another words we are seeking the high-end emotions hidden within the potential of the Higher Brain.

How do we create the emotional state that is strong enough to sustain the path that we must go down to meet the goals that produce the increased emotional state in the brain, which we desire in the first place? The conundrum of not having a sustainable-enough, positive brain/emotional state prior to and during the pursuit of our goals inhibits us from actually attaining our goals. Without the brain/emotional change to accompany the path toward our goals, we find it difficult to stay on the path and navigate the obstacles long enough to actually attain our goals and vision. Our compelling future is only an imagined possibility and the brain energy produced by our imagination is rarely enough to guide us to large-scale life change. This is why “positive thinking” has limited returns; it doesn’t often create the necessary brain/emotion state needed to travel the path that “positive thoughts” point down.

What if you could first energize the PFC and use the associated sense of clarity and confidence to design a clear and accurate map of the steps needed to attain your goals? Then learn to boost the empowered emotional state “on demand” while you were on the path to your goals? You could instantly create a Higher Brain surge that is stronger than the resistance provided by any of the obstacles that showed up while on the path! Instead of having to find and sustain the drive and will-power to move close enough to your goals that the PFC energy and the emotional state finally boosted, you could start your journey with the PFC boost and then use that to power you down the path to your new life.

Research shows that pursuing and attaining life goals requires that the organism must have some means of representing affect (emotion) in the absence of immediately present rewards and punishments. In other words you must be able to maintain a powerful-enough positive emotional state before you reach your goals. This empowered state must be sustained through the multiple steps required to acquire goals or, like most people, you never get there.

Source Code Meditation provides a way to energize the Higher Brain and feel the empowered state at the beginning as well as when resistance arises.

In the SCM system, as you move toward your goals the already-energized PFC continues moving you forward, and the closer you get, the more the energy surges in your brain and the more empowered you become.

The deeper physiology behind this goal-based emotional reward system are the molecules that bind to receptors in the Higher Brain producing the cascade of chemical reactions associated with empowered emotion. The brilliant psychoneuroimmunologist, Candace Pert, has shown us that latent endorphin receptors represent another type of untapped potential in the PFC. Endorphins are a class of molecules called neuropeptides, and when active they are known to enhance mood and create empowered emotional states. Before an endorphin can exert its emotional elevating influence on us, it must bind to a receptor—like a lock and key. When the endorphin floats through the Higher Brain, finds a receptor and binds, an elevation in emotional states of well-being occurs. Until recently it was not known that the PFC contained endorphin/receptor complex that creates these positive states. It appears that at a molecular level, the Higher Brain mechanisms needed to amplify motivation and create empowered emotional states are underutilized in the slumbering PFC.

On several occasions, studies done during a session with the HBL Technique (which SCM was derived from) have demonstrated profound flooding of alpha brain waves in the prefrontal cortex. This is an unusual and amazing finding, and most likely represents endorphin flow in the PFC. As the enhanced alpha waves flowed in the Higher Brain, recipients consistently reported states of well-being and empowerment. Along with these powerful alpha waves, fast, high-powered beta waves increased in the PFC during these studies. These beta waves have long been associated with focus and the ability to take action.

What we are seeing in the brains of these HBL recipients is the type of change in the PFC (alpha waves / endorphin activation) that creates the strong sense of reward (even when things get challenging) needed to stay on the path to our goals, as well as the type of PFC change (fast, high-frequency beta waves) needed to chart out the map and take the focused action steps needed to arrive. This finding of significantly-increased alpha waves overlaying fast, high-powered beta waves in the PFC led 40-year-accomplished brain researcher, Dr. Penny Montgomery, to state, “I have never seen anything like that in all the brains I have measured.”

Through Source Code Meditation (with the 9 Summits of Transformation), the empowered brain states that are occurring can then be purposefully associated with your life goals and passions, providing you with the physiological correlate and the specific life context required to pursue and attain your own life goals and passions.