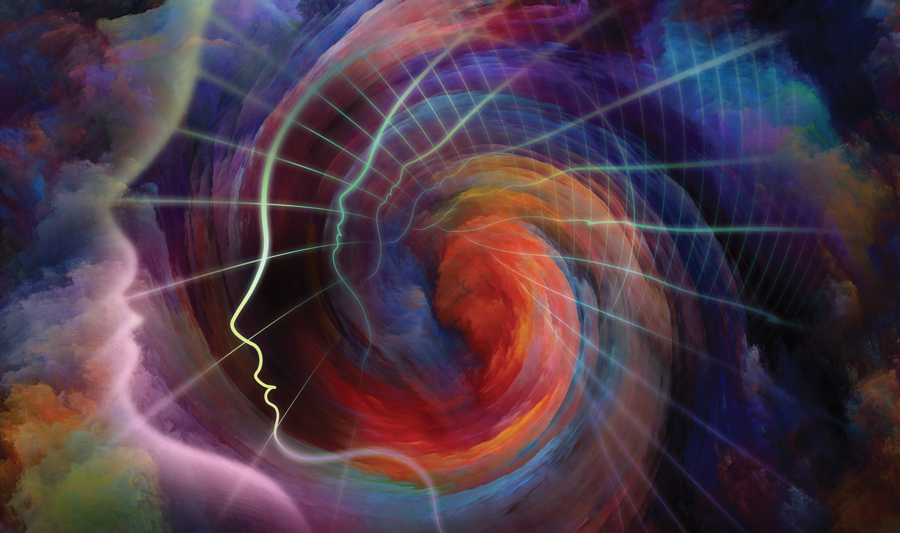 This is going to be a three part series on the Three Enlightenment States: Soul Awakening, Transcendent Awakening and Unitary Awakening.

Your ordinary everyday consciousness is a particular ‘state’ of consciousness. However it is not the only state of consciousness available to you. You have been in a dream state during sleep, possibly a drunk state after consuming too many adult beverages, a euphoric state from falling in love or having a child, etc. ‘States’ can be accessed or experienced from any of the Life Altitudes (will be addressed in more detail in a later journal entry). Based on the appropriate conditions, one can experience temporary states of consciousness from any level or altitude of psychological/spiritual development.

However there is also a sequential unfolding of states of consciousness that provide a shift in our very self-identity.

Source Code Meditation and the 9 Summits of Transformation provide the tools to cultivate this sequential unfolding of higher shifts in our self-identity. These enlightenment states, or sequential shifts in inner experience, progress beyond ordinary everyday consciousness – where your Self is identified with the material realm and feels exclusively identified with your mind and body. This everyday ordinary experience is called the gross state or ego self-identity. This ego self-identity is how most people experience the world most of the time. However, the esoteric branches of the great wisdom traditions have a long history and cartography of a sequential unfolding and shifting of self-identity into higher and deeper states of consciousness. These states of enlightened consciousness unfold as shifts in self-identity from ego to soul to spirit (Transcendent Self) to Non-Dual (Unitary).

It is important to note that through cultivation and development into these higher states one includes, but no longer exclusively identifies with, the previous self-identity once it is transcended. In other words the ego doesn’t disappear when we find our soul, it just takes a backseat, and the soul doesn’t disappear when we find we are absolute spirit.

A good way to understand these shifts in identity, until they are experienced directly, is to understand how that which is aware in you becomes more expansive. The observer in you, that which is aware, loosens its exclusive identity with how it sees the world, dis-identifies itself with that smaller, more constricted self-identity and steps into a deeper, wider self-identity that feels more real than the previous self.

Each of these enlightenment states of consciousness have advanced physiologic correlates in the Higher Brain as well as subtle energy or ‘energy body’ correlates. So, of particular import is to understand that to experience any of these advanced states of enlightenment consciousness and ultimately shift our self-identity, we must be able to shift our brain physiology accordingly.

It it also important to not get too caught up in the ‘maps’ I am providing. The SalutoGenic mechanisms, the spheres of subtle energy around your body, the Enlightenment states (State of consciousness), Life Altitudes, and Epochs of consciousness and culture (that we will discover in more detail later in this book) have all been laid out for you in a neat sequential unfolding. And this sequential unfolding model is accurate, however in real life it is far from a neat linear process.

What we are really concerned with here is our center of gravity. As you grow you may hit peak states at any time. You may also reach into higher Life Altitudes and pull down certain experiences from those higher altitudes of consciousness. Therefore we want to hold the map loosely, but also recognize what we learned in the last chapter; when we have no map or a bad map we end up lost, confused and walking in circles. The map may seem linear, sequential and not precisely representative of the territory of life, but there is still much value in its inherent truths if we hold it loosely, realize that evolution is often messy, and development is never linear. Maps create context and context is bio-psychoactive—the better the context, the better the experience and the less time we spend wandering lost in the wilderness.

As you progress through the 9 Summits, you will reach beyond where you are (wherever that happens to be) into higher states and Life Altitudes. These temporary experiences will help pull you forward as you spiral upwards, each time creating a deeper experience and a deeper understanding.

“Time is of the soul.”
— SAINT AUGUSTINE

The Soul Awakening begins with what I call ‘subject release’. During subject release, there is the sense of your subjective awareness, your observer being released from the exclusive identification with the body/mind and the material world. You begin to notice that there is a gap, a space between your awareness and that which it is aware of. You no longer react to life’s circumstances—you find that you have a space to reflect and then make a choice. Your subjective awareness as your self-identify has released itself and can take a view from 50,000 feet. You begin to notice that something in you is aware of your body, your mind and the material world and there is a sense that that something is in relationship to the body, but is also transcendent to the body.

There is also a sense that although your self-identity is still within the stream of time, that time that you are within is unending. You know that although your body/mind may someday drop, the subject that has been released will carry on forever in time. The soul experiences its body as filled with light and energy; your personality, still present, is filled with visions and luminosity. This is a self-identification with your soul and your soul is eternal.

The Physiology of your Soul
Subtle energy pathways in the body become more open to carry energy to the brain. There is a reduction in stress hormones in the body and increased metabolism of higher centers of the brain, with a flooding of alpha waves into the pre-frontal cortex.

Please note that some of the proposed physiology is at least in part speculative as it is based on limited evidence. I believe however, with confidence, we can state that Higher Brain physiology correlates with enlightenment states of consciousness, although we cannot offer complete confidence in exactly what that physiology looks like. We are still in the early stages of the mapping of higher physiology and higher states of consciousness. This is one of the major projects that I am directing at the Higher Brain Living® Institute and Source Code Meditation™ World Headquarters in Chicago.

The Energy of your Soul
According to the world wisdom traditions, and consistent with my experience, all states of consciousness have an associated body of energy. The ordinary waking state has an energy body (or field) associated with it that is part of the electromagnetic spectrum. This ‘bio-field’ has actually been measured emanating beyond the physical human body. The Enlightenment states of consciousness have an energy body associated with them that is beyond the electromagnetic spectrum. As you first progress through the 9 Summits you will learn to recognize and cultivate these higher energies.

As you awaken these enlightenment states through SCM and the 9 Summits of Transformation you will increase your awareness to their energy fields and engage that energy in a way that further promotes the awakening of the associated enlightenment states. This energy exists within and around your physical body in concentric nested spheres. It is also the same energy that flows through the pathways to your brain.

The subtle energy body supports the Soul State and this subtle energy is the first energy to awaken with SCM and flow through your body and to your brain. Of note, many of the world wisdom traditions believe that when your physical body dies, your subtle body transmigrates to a new body carrying your soul essence with it to be born again. Time is of the soul, because the soul goes on in time.

In my next journal entry we will explore the ‘Transcendent Awakening’, the second enlightenment state.