Your Stone Age Brain Is Eating You Alive 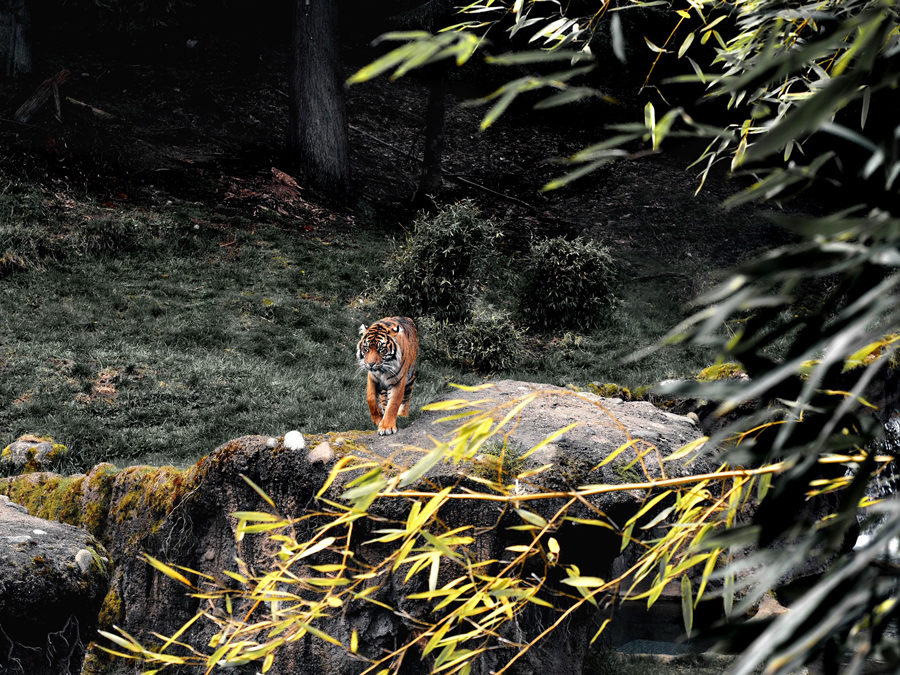 If it is not enough to know that a completely new way of being in the world awaits you in your Higher Brain, consider that you are currently being eaten alive by your old lower brain!

The year was 50,000 B.C.; a Paleolithic woman, alone with her children, steps out of her cave and immediately picks up scent in the wind. There were beautiful wild flowers blanketing the landscape around her as a brilliant red and golden sunrise exploded in the sky. The lake that spread out before her reflected the luminous red and golden sunrise as a million diamonds danced on the rippling water, a sublimely colored display of sacred geometry in motion. The grace of spirit was all around and yet the beauty of this landscape escaped her awareness.

Her’s was a brain built for survival, not reverence. The scent that she picked up in this pristine beautiful corner of the world was not the sweet, aromatic fragrance of the wildflowers all around her—in fact she didn’t even notice that exquisite sweet smell because her sense of smell was tuned to notice the scent of predators in her environment. She felt no wonder or gratitude for the beauty all around her; she was being automatically prepared to notice only ‘threats’. Flowers weren’t important, the warring tribes to the east and the saber tooth tigers in the valley below were. Her environment required constant monitoring for danger around her and the constant threat of starvation required that she stay focused on surviving another day by finding food to eat.

Fortunately for her, and since there were no other options, the unconscious structures in her primitive brain were always preparing her to do battle with her world. Her life had no real sense of purpose or meaning beyond survival, for in this hostile, predator-rich world, she would be lucky to make it through her third decade of life.

Fifty thousand years later a 21st-century woman (or man) – maybe you – steps out of her suburban home and the same unconscious primitive part of her brain senses a thousand little tigers and countless warring tribes in her environment. She is also being prepared for survival. Her tigers are different. They are the demands and complexities of the modern world—the plumber she is waiting for, a cell phone tucked between her shoulder and her ear, to fix the dishwasher and relieve her of the dishes piling up in her sink. The late-arriving plumber is sure to make her late to an important work meeting. More tigers, in the form of an angry boss and poor performance review, a consequence of the meeting she is sure to miss.

Rushing in traffic she slams on the brakes as yet another tiger cuts her off as she misses her exit. She arrives late hoping the meeting will end before she has to pick up her children at school… worrying about money while ruminating about how she is going to go about making dinner tonight… rushing home with her kids yelling over the radio in her coupe, which is blasting an ominous warning of elevated terrorist alerts on the evening before she has plans to fly down to Phoenix to visit her sister.

Tigers, tigers, and tigers—the lower brain perceives them everywhere. Below the conscious threshold we are being prepped for battle, even in our modern lives! The shapes and sizes and actual threats are much different today, yet the Stone Age brain between our ears is the same.

Our modern woman is locked into the same survival structures in her brain that the aforementioned Paleolithic woman was. She doesn’t notice the beauty all around her. She feels no wonder and awe for being alive at such an amazing time in the history of our species. She just has to get through the day. No purpose, no meaning—only survival. She doesn’t even realize the staggering improbability of her birth and that it took billions of years of evolution (spirit in action) to accomplish the exquisite masterpiece, the crown of creation that sits atop her shoulders.

Unlike the Paleolithic woman, this 21st-century human has a Higher Brain designed for transcendence. Newer areas of her brain, when awakened, can fill her with gratitude and awe and wonder at this marvelous world. However, her new brain is rarely, if ever, awake because the unconscious lower brain that is trying to unconsciously protect her from falsely perceived danger in her world is eating her alive!

Of particular importance is that even in our modern lives the most basic and usually fear-based human drives (perpetuated by the oldest lowest primitive brain) are often still influencing, if not dominating, all areas of our lives. They are unconsciously directing us back into fight, flight, freeze or fornicate, thus co-opting – for survival purposes – our beliefs, thoughts and behaviors while creating an internal and external personal and cultural environment that reinforces the dominance of the old lower brain mechanisms.

Humanity’s challenges are at least in part due to lower brain dominance and, generally speaking, the self-help industry has not had a good understanding of or had many effective tools for changing the physiological components of our thoughts, behaviors and relationship to life. Our rampant addictions to food, sex, power, drugs, alcohol and social media all create lower brain reinforced habituated loops designed to keep our lives the same. The inability to heal physically or change destructive behavior, violence, depression, the degradation of the environment, failing educational and financial systems, and the inability to sustain positive life changes, are all signs of a world trapped in the grip of the lower primitive brain. Our personal future as well as the future of humanity is currently locked up in latent Higher Brain potential.

There is a way out…